To get information relevant for your region, we recommend visiting our European website instead.

When technician John Baker of Premier Resource Services connected his laptop to a customer’s industrial machinery he got a nasty surprise. There was a quick puff of smoke and John lost his hard drive, his USB port and the USB adapter that he had connected to the machine.

The problem, the technician soon discovered, was that, while his laptop was plugged into the wall, the machine he was servicing was connected to the shop’s single-phase power supply and its leads had been reversed to keep it from tripping a GFI switch. As the laptop and the connected device now had different ground potentials, the USB cable became the path to a lower ground state. It was an expensive lesson.

A kiosk manufacturer plugged a card reader into the kiosk’s built-in computer. Everything was powered up and all of the connections looked fine, yet the two devices would not communicate. The natural inclination was to assume that either the card reader or the cable was faulty. But that was not the issue. The problem lay in the kiosk’s built-in computer. It was a low cost, single-board device and its USB ports were not providing full power.

An injection molding machine manufacturer found a way to enhance parts quality and cut material costs by regulating the temperatures of multiple heating elements. The process created a powerful electromagnetic field. The controlling computer could be kept at a safe distance, but the USB hub and cables were inside the field, and the resulting electromagnetic interference was a communications nightmare.

“You can expect all kinds of problems when you’re working with USB,” says Mike Fahrion, Director of Product for B+B SmartWorx and a specialist in data communications. “It was originally designed as a standard bus for connecting computer peripherals in home and office desktop environments. But, its cross-platform, hot-swappable interface turned out to be so useful and convenient that USB now appears in everything from emergency medical equipment to precision agricultural guidance systems – environments that it was never designed to handle.”

USB was intended to connect mild-mannered home and office devices like printers, keyboards, media players, cameras and external disk drives. And, it would not just connect them; it would carry 5 VDC power as well, in many cases eliminating the requirement that peripheral devices include their own power supplies. In fact, rechargeable devices would be able to use USB to restore their internal batteries to full power.

Devices would be able to draw up to 5 unit loads from a USB port, with a unit load in USB 2.0 being defined as 100mA. “” devices would draw one unit load or less (under 100 mA). “High-power” devices could draw the full 500 mA. Additionally, devices that required more than 500 mA could be equipped with a Y-shaped cable that would enable them to draw power from two USB ports at the same time. Devices with internal power, like printers, would register as “low-power” devices, requiring only 100 mA.

Devices would initially function at low but would be able to request high power if needed. AT any rate, that was the specification.

It is very useful to be able to connect a remote device via USB. But the greater the distance between the connected devices, the more likely it becomes that the communicating devices will be getting their power from different building ground references. When they do, the USB cable’s ground wire can create a ground loop path.

/office environments the ground loop problem is rarely an issue. The connected devices will normally be quite close, usually sharing a wall outlet and a common ground. But industrial installations can be far more complex. Imagine a situation in which a process control system is powered from a source in one building location, but the front panel is powered somewhere else. When you connect a PC to the front panel via USB, powering the PC at the same location, you can create a ground loop with the process control system, which may be hundreds of meters away. Magnetic flux from motors or other high-power devices can use this ground loop to induce current noise on the ground. If you are lucky, the only result will be data transmission errors. More extreme events, like surges and voltage overloads, will burn out integrated circuits and connectors. (See Figure 1.)

Your computers and connected devices should be protected with USB isolators. Ordinary surge suppression tries to limit spikes between the signal and ground line. But if the ground line rises, as it does in ground loop situations, then surge suppression will not stop it. Isolation allows the lines to float while keeping the local side at the proper ground and signal level. An isolator controls electrical flows while simultaneously ensuring that your data stream is not interrupted. You can deploy dedicated inline USB isolators as well as USB devices that perform additional functions while including isolation, like isolated hubs or serial converters. (See Figure 2.) 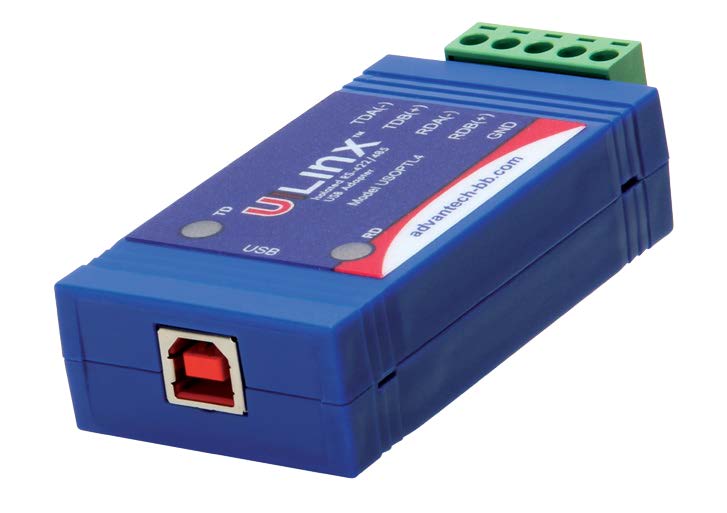 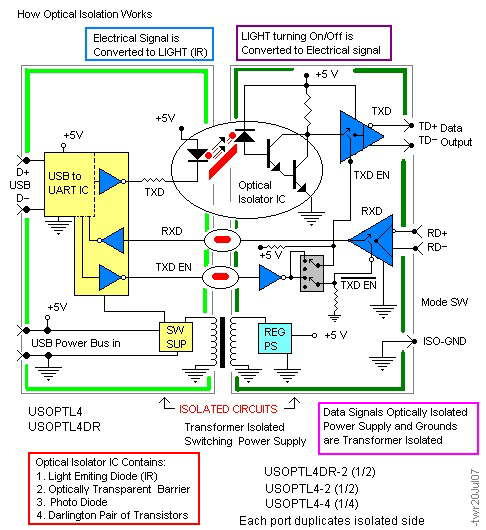 The isolator protects against surges and ESD on the power line by briefly transforming the 5 VDC USB power to AC, through an isolation transformer, then back to DC again.

USB cables have some nice features. For example, the specification deliberately made it very hard to attach a USB connector incorrectly. The host devices that supply power use a Type A connector and the devices that receive power use a Type B connector. They cannot be reversed. Users cannot accidentally connect two USB power supplies and create a risk for fire or damage to circuitry.

The connectors themselves were designed for easy insertion and extraction. The connectors would hold the cables in place with no need for thumbscrews or clips. That has proven to be quite handy in office environments, where people are often making connections at awkward angles, like under desks or behind various kinds of office equipment. It was a wonderful cabling solution for home and office computing.

But, the same easy connection and extraction that makes USB useful in an office environment can be a problem when you take USB off the desktop and out of the office. Heavy vibration in industrial applications can cause USB cables to work themselves loose. Any accidental tugging on the USB cable will produce the same result. And because USB carries power, a loose USB cable can cause arcing – a serious problem in environments that pose a risk for fire or explosion.

Manufacturers have started addressing the problem. One solution involves connecting USB cables and ports with thumbscrews. But, that requires the use of proprietary cables that are not likely to be available at your neighborhood office supply store. Additionally, the thumbscrews eliminate one of USB’s most useful features: the ease with which USB cables can be connected and disconnected.

A more elegant solution employs “high-retention” USB ports. They will work with any cable and they retain USB’s quick connect/disconnect feature. The difference is that it requires more force to dislodge them. The high-retention ports used by B+B SmartWorx, for example, hold a cable securely enough that it requires 15 Newtons of force (3.2 lbs) to remove one – so securely, in fact, that they will meet UL requirements for Class 1 Division 2 Hazardous Locations. (See Figure 4.) 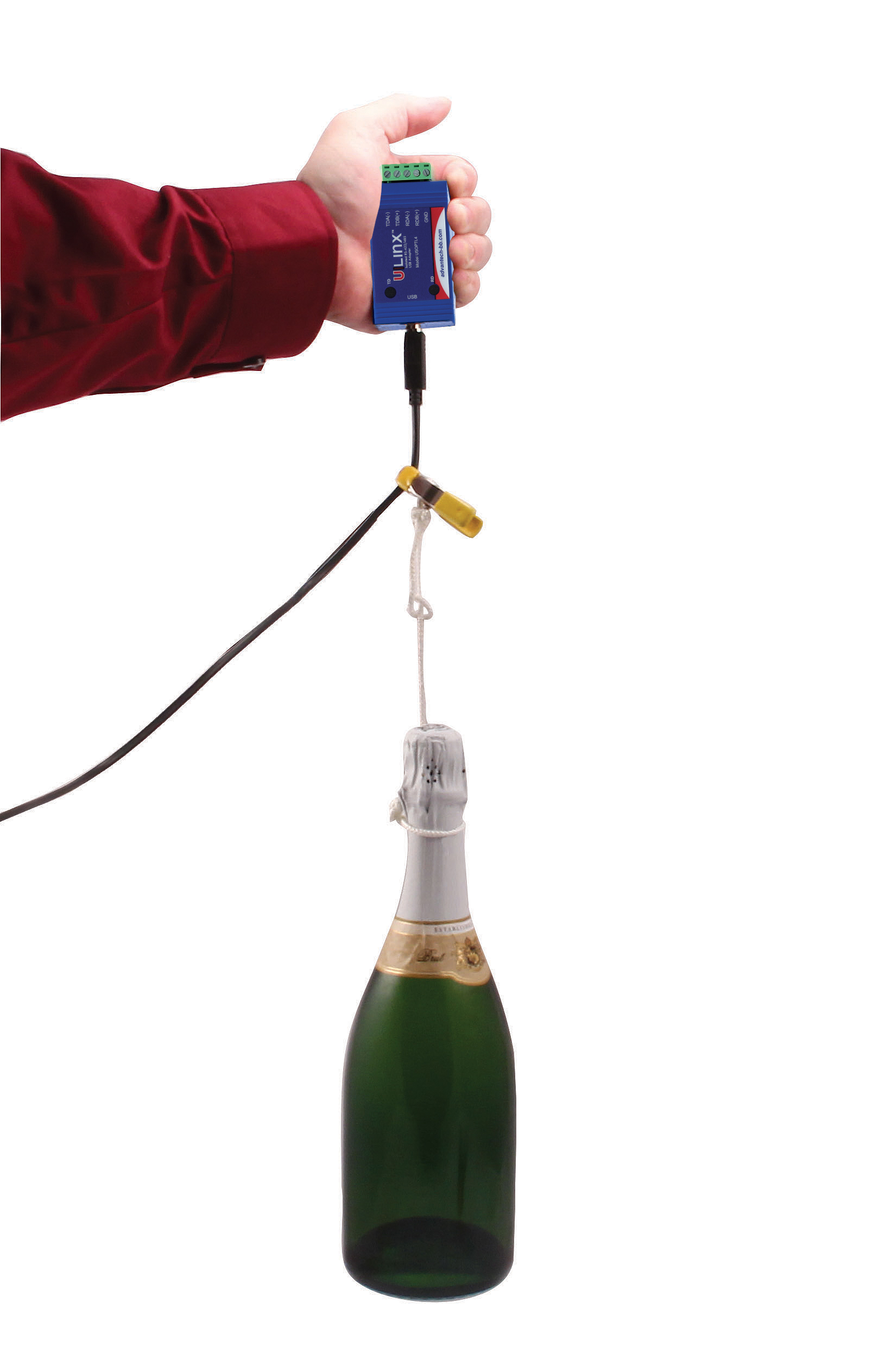 Ruggedizing for EMI and ESD

Standard USB cables were intended for office environments, so they are not hardened against significant electrostatic discharges (ESD) or electromagnetic interference (EMI). ESD and EMI were not expected to be serious issues. But, as USB moves into places like crowded control panels, factory floors and emergency vehicles crammed with electronics of every description, EMI and ESD become a daily risk. In these tougher USB cables can carry unintended spikes and surges that will damage connected equipment. Additionally, standard cables provide very little resistance to things like moisture, dust temperature.

More reliable USB cable is available in several versions. Options range from plastic cable which is resistant to EMI, all the way up to IP67-rated metalized plastic cable that resists EMI as well as potential physical damage from harsh environments.

USB has a range limitation of five meters. This is quite serviceable in office environments but less useful elsewhere. You can extend the range up to 30 meters using USB hubs, which also give you an opportunity to add additional ports. (USB allows a single computer to control as many as 127 different devices.) USB hubs designed for home/office are often rather flimsy, but you can install industrial-grade, USB hubs that feature high-retention connectors, versatile mounting, and resistance to environmental hazards. Industrial-grade hubs with integrated isolation will let you make more efficient use of tight spaces by performing multiple functions in the same unit.

Consumer-grade USB devices are not built for hard use. When you move off the desktop, you will want to deploy better equipment and you may need to secure it firmly in place. When shopping for industrial grade hubs, isolators, USB- converters or any other USB device, look for equipment that can be installed in panels or on DIN rail right out of the box.

USB failures can be expensive in ways that are not as immediately obvious as a burned out circuit board or connector. Equipment repair has associated labor costs, as does reprogramming. it may be hard to quantify, costs money, too.

“It is the price of convenience,” says Fahrion. “USB is too useful to ignore. But, whenever you take it off the desktop you’re going to have to employ a few workarounds. USB appears in every industry these days and there is a good chance that it was never designed for yours.

” USB is ubiquitous, it is useful and it is here to stay. But, it is not inherently rugged or reliable. It is up to you to make it that way.

Colombia
Panel Button
Visit the Advantech Global website, or choose your country or region below.